Museum Director
Gosport, Indiana
The Ten O'Clock Line Treaty Museum is located in Downtown Gosport Indiana at 19 North Fourth Street. Visit us on Fridays and Saturdays from April until December.

These third graders from GES worked on this quilt and learned about the flat boats.

The Gosport Lazy Days Committee is currently in the planning and organizing stages of the 43rd annual festival. The Committee is working hard to bring you the best festival possible. Check out their website with updates to the entertainment and event details. The current Event Schedule is subject to changes. Click HERE FOR THE LAZY DAYS WEBSITE.

The Museum will be open and will be having viewings of previous years Story telling Events. Please swing on by and take a look at Gosports history! 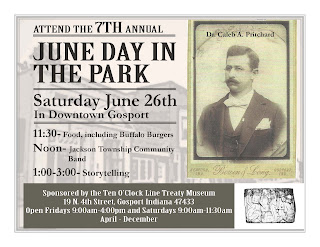 Posted by Museum Director at 11:33 PM No comments: 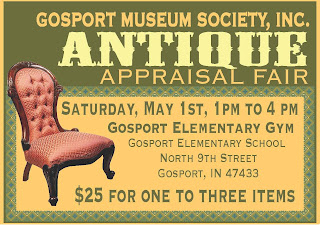 Posted by Museum Director at 4:51 AM No comments:

Museum will be closed until April 2010 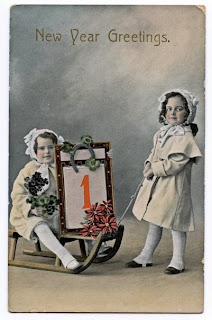 Note from the new Director:

I would just like to give a warm thank you to all who worked so hard in 2009. I am excited to be appointed the Director of the Museum and look forward to all the great projects and events we a planning for 2010! Please keep an eye on this website, as I will be updating it more frequently in the coming year. Happy New Year! See you in April!

Posted by Museum Director at 9:35 AM No comments:

A DATE TO REMEMBER IN INDIANA HISTORY:

Now is the TIME, in Two Thousand and NINE, to remember an exceptionally important event that occurred in Indiana history. Two hundred years have elapsed since The Treaty of Fort Wayne of 1809, the official name of The Ten O’clock Line Treaty, was signed on September 30th. This treaty was negotiated between William Henry Harrison, then governor of the Indiana Territory, and Little Turtle, a Miami chief.

The treaty acquired approximately 3 million acres of American Indian land for white settlers who were coming in large numbers to establish homesteads. When Indiana was admitted to the Union in 1816, The Ten O’clock Line established the state’s northern boundary. You well may ask, "How did this treaty become known as The Ten O’clock Line, and what distinct relationship does it have to Gosport?"

It has been reported that at the time of the treaty the Native Americans did not trust the equipment used by Harrison’s surveyors. Instead, they insisted that the line follow the shadow of a spear cast into the ground at ten o’clock in the morning. Gosport is the only town in the State of Indiana that rests on this treaty line. A large stone monument, on the west side of State Highway 67, marks the location of the line. This monument was provided by David Gray and the Gosport Lions Club and sculpted by Gosport artist, professor and minister, Frederick Hollis.

The officers of The Ten O’clock Line Treaty Museum in Gosport invite you to join them in 2009, to remember this significant and important event. More information about this celebration will be provided in forthcoming issues of the TEN O’CLOCK NEWS and on this website.
Posted by Museum Director at 8:19 AM 2 comments: